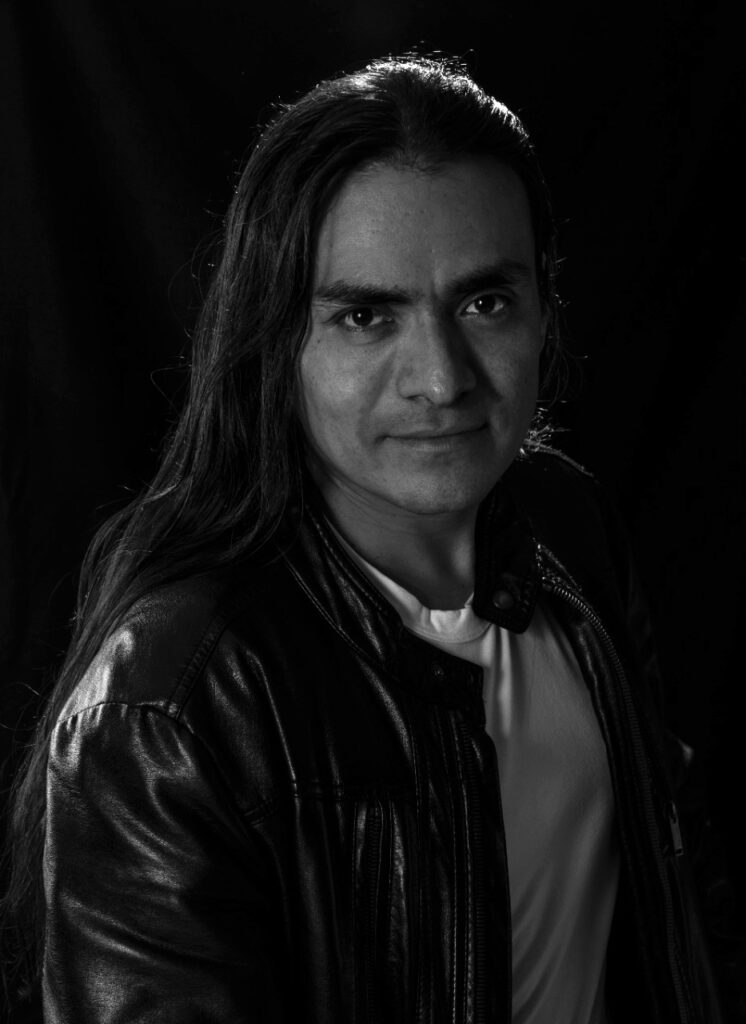 Professionally trained at the School of Journalism Carlos Septién García and at the Active School of Photography (both schools in Mexico City), Israel Fuguemann is journalist and documentary photographer.  In the last years his work focused on social and environmental themes, specially documenting people and cultures in resistance, and the always more extensive reality of extractivism of raw materials (mining, oil extraction, logging and deforestation) He was co-founder and editor of the journal Spleen Journal, Cruel and Dreamy Journalism (a collective Latin American journalistic project).

He got a grant to work at the Journalistic Clinic of the Mexican newspaper El Universal. He has also worked as a freelance journalist and photographer for several newspapers and magazines (Proceso, Cuartoscuro, Altäir Magazine, Vice México, Lento Magazine, among others). He won the Latin-American contest of documentary photography 2019 A handful of earth of Cuartoscuro photojournalism magazine. He was the finalist of the Alexis Grant Foundation and of the Latin-American Documental Photography Contest The work and the days in 2020. He won an artistic residence (Me Sobra Barrio 2019) in The Image Center in Mexico City, the most important photography gallery in Mexico.

In 2021 he made the still photography of the documentary “Letters at a distance” directed by Juan Carlos Rulfo. He has exhibited his photographic work collectively at the Soumaya Museum (Mexico City), The Memory Museum (in Tlaxcala, Mexico), the French Federation by UNESCO (in Paris), among others.